Previously undiscovered cache of exciting oils of the Irish countryside by one of the lost twentieth centuries Irish masters.

Luke was born into a family where the love and practice of art was fostered and encouraged. His maternal grandmother Augusta Dillon, later Lady Clonbrock, was an important Irish pioneer photographer and many of his family painted prolifically. His cousin is the great collector and connoisseur Sir Denis Mahon.

Luke was educated at Eton and Trinity College, Cambridge. Within months of graduating War broke out and a sense of duty led him to enlist with the British Army. Until the summer of 1940 he studied painting and drawing at the Dublin Metropolitan School of Art while waiting to be called up, and he subsequently joined the Royal Artillery.

In 1947 he joined the advertising firm of Mather & Crowther (subsequently Ogilvy & Mather) in London, where he met and married Audrey Vipond. In 1954 he returned to Ireland to help establish an advertising agency, Arks. Under his leadership this grew to become Dublin's premier advertising agency, representing Guinness, Irish Distillers and many multinational companies.

On his mother’s death Luke changed his name to Dillon-Mahon. His retirement from advertising was soon followed by taking over Clonbrock, the Dillon family estate in County Galway, where he moved permanently in the early 1970s.

In 1976 he sold Clonbrock and its contents in a three-day Christie’s sale, and he and Audrey moved closer to Galway. They built a house at Cooleen near Moycullen and created a renowned garden. Shortly beforehand they had been instrumental in establishing a Galway branch of the Samaritans and he subsequently became their Irish Director. In retirement they lived a self-contained existence on the edge of Connemara where their principal interests were gardening, Luke’s painting and the Samaritans.

Although Luke had painted all his life the constraints of a full time career had restricted his painting time but, on moving to County Galway, his output increased dramatically. He painted all over Connemara where he loved the bleak bog and mountain landscape, revisiting many locations again and again to paint the same scenery in different light, different weather conditions and in different seasons. Despite encouragement he never really painted after his first stroke in 1993 and he died four years later.

Luke was a shy, modest, aloof and rather diffident man who rarely signed his work. Few of his pictures were exhibited and these mainly early on in his career. He occasionally gave a painting to a relative or close friend, or to a raffle for one of his pet charities, which meant that he retained the bulk of his work and his wife Audrey guarded this carefully after his death.

In the early 1990s the artist Derek Hill saw a number of Luke’s landscapes at his daughter’s house. He strongly felt that these should be shown to a wider audience and offered to help arrange an exhibition. Sadly, his kind overture was firmly rejected. 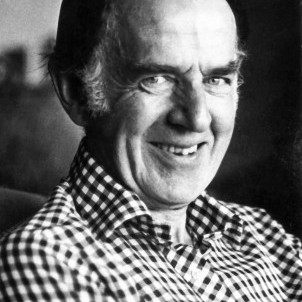 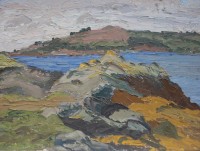 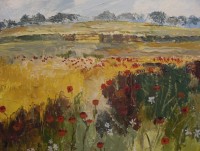 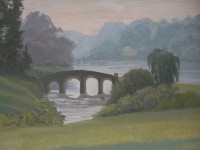