(English Translation: This is my body)

These twelve recent paintings arise from my drawings of Scottish Ballet in rehearsal at their studios in Tramway, Glasgow.

Since Spring 2012 I have had privileged access to the dancers, spending full days observing and drawing their movements, with pencil in sketchbooks, as they rehearsed a range of contemporary ballets from Mekler/Lopez Ochoa’s A Streetcar named Desire, Christopher Hampson’s The Rite of Spring and Cinderella, to Glen Tetley’s Pierrot Lunaire.

In the rehearsals my focus was on trying to capture something of the energy and shape of the movement, looking at the dancers and not my drawings, building up networks of marks that would take the form of recognisable bodies, motion and gesture.

Taking inspiration from these drawings, I have created a new cycle of paintings focusing on the powerful and moving ballet MC 14/22 (Ceci est mon corps), choreography by Angelin Preljocaj.  Which premiered at the Edinburgh International Festival in 2016 and Sadlers Wells in June 2017.

MC 14/22 (Ceci est mon corps) is a ballet for twelve male dancers and has been described as a hymn to the male body. It is a biblical reference to the Last Supper, Chapter 14, Verse 22 in the Gospel according to Mark, where Jesus says to the disciples,  ‘Take, eat: this is my body’.

This new cycle of work includes one large scale painting – MC 14/22 (Ceci est mon corps) - of a single male dancer stretched out, lying flat, on the cusp of movement. This is accompanied by a series of smaller paintings that explore this pose further, as well as several female dance movement paintings which arose from my Cinderella drawings and provide a little lightness, or Eros, to the Logos of the darker tones in the Ceci est mon corps works.

The entire collection was shown at the Open Eye Gallery in Edinburgh in May 2017. I am delighted to show a selection of these paintings in London including two new small-scale Ceci paintings. 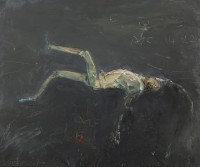 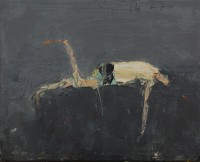 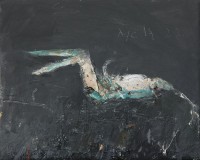 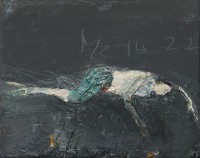 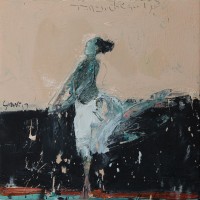 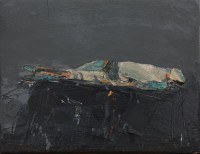 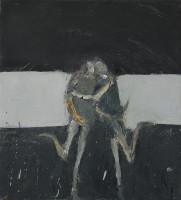 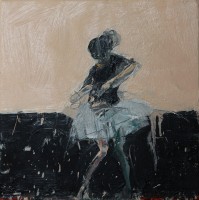